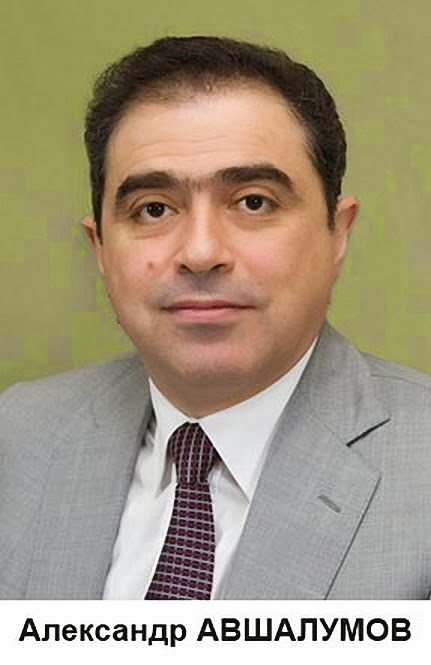 Why, despite the rapid development of modern medicine, the emergence of new technologies and discoveries, patients are not satisfied with the main - the quality of health care? All causes of this issue are interested of the magazine’s journalists «BOSS» together with specialists channel "Public Itv" who made a unique TV project "DOCTORS".

The problem is…
All we get sick, we all patients: doctors and ordinary people. So the question of the quality of care is all care. Unfortunately, despite the work of a large number of institutions in different countries, including in the " advanced medical countries" such as Germany, Russia , America, which specifically address this issue , the concept of quality of care remains very vague. Namely, the lack of clear and precise criteria of quality of care is a major problem in the management of medicine anywhere in the world, including the developed capitalist countries, which periodically announce the reform of the national health system.

Today, in every country a huge amount of clinics. But the results of medical intervention can not be considered high. It would seem that their X-ray and magnetic resonance imaging , a person can enlighten all projections with a resolution of up to 5 mm , molecular and cellular biology has leaped forward , decoded the human genome , and is often not the desired result ! The reasons for this phenomenon say many famous physicians, directors of leading medical clinics and media-staff.

So , mathematician , Ph.D. , a specialist in system analysis of heterogeneous data , international chess master , founder of the Clinic of Cybernetic Medicine ( Russia ) - Alexander Avshalumov notes : "Man still very poorly understood ! I specifically questioned doctors, scientists from different fields of science, asking them the following question: «If all the potential amount of knowledge about man is taken as 100 %, how much interest do we know about him today? «. Answer: no more than 15-20 % is quite pessimistic, but it is also realistic. We still do not know the answers to many fundamental questions: "What is life?", "Why do we age?", "What is the rate of aging at different stages of life?", "What is a dream?", "Why do some patient falls into a coma, and some spontaneously comes out of it?", “What is consciousness? " and so forth. Despite the rapid development of medicine, new diagnostic methods, molecular and cell biology, genetics, proteomics (the study of proteins), pharmacology, and other disciplines - all of them today are isolated islands of knowledge, not unification of the common denominator. A man - a single integrated system. "

Moreover, it is no secret that not all clinics and their doctors adhere to "high standards" in its activities. Doctors often look at the disease and treat highly specialized ... in fact consequences of the disease...

Few of the doctors looking into the root causes of disease and looks at systemic disease...
Hence the patient receives a ton of prescription drugs and relapse of the disease in the near future, as the problem is not solved...
Finding answers to these questions, a systematic and comprehensive search in medicine and became the basis for a new television product with great social meaning and use - reality show "Doctors"

Create a medical reality show
Television program created by experts ONT (English - PITV) - "Public Independent Television» (Ukraine) on the order of Mediaholding «100%» involving medical partners as only the most reputable clinics.
"We deliberately went to the creation of the TV project "Doctors», as our channel creates only those projects that people need to help them live and live long and qualitatively. Therefore, the question of health: its conservation and replenishment is the key in the TV show - said general producer of the TV project «Doctors», President Mediaholding "100%" Olga Azarova.

ONT moved on health ministry, drawing attention to the need for an integrated research and treatment.
The shape of the TV project "Doctors» format «live» is intended to openly show all stages of complex medical interventions, educate viewers, informing a systematic approach to diagnosis, diagnosis, medical treatment and rehabilitation. To implement this task, television specialists remove all stages of the study "heroes program», remove the panel of doctors in full format, remove all stages of treatment and doctors are consulted in the TV show on the subject. Thus was born teleproject «Doctors», in which doctors help the viewer, become his friends and advisers.

CEO of ONT TV "Public Independent Television " Irina Marinova stressed : " With the help of the Agency's strategic marketing " B29 " we have investigated the statistics of diseases , causes of death and health needs of the population , in consequence of which revealed a huge demand for such television product as a TV project " DOCTOR . " In - 1x, we found horrifying statistics diseases - about 68 % of people die of cardiovascular diseases sosudstyh , more than 10% - from diseases of the digestive and respiratory organs , indicating that the lack of educational work in the community to prevent disease and promote a culture of healthy lifestyle . In 2nd, every third respondent discovered disease caused by the influence of environmentally - hostile environment, suggesting the need for "expert discussion on this topic." In 3ad, the cornerstone for us was the fact that 96 % of respondents said they did not receive a comprehensive approach to the study of doctors of their health status. All this was the reason for the creation of the TV project, which aims to demonstrate an integrated approach to medicine, educate, educate our audience, to form the habit of his interest in their health and maintain it consciously."

Having decided to create the 1st ever TV project - a medical reality show "The Doctors" TV channel took on more responsibility in the selection of appropriate given the high mission of the TV program partners.

General partner of the TV project "Doctors" on "Public TV" has become a versatile clinic "INTO - SANA." As noted by the head of the clinic Galina Usenko: "Our participation in the TV show "Doctors" a wonderful opportunity to show your special approach to patients, which is expressed in systematic collaboration and doctors clinics in the study causation of disease. And the most important thing in treating people. When you're not exploring the highly specialized and complex, and it reaches the other, much deeper and more accurate results. A positive result is the key to treatment. Clinic "INTO - SANA " is this and famous . Therefore, this TV project as "doctor" we've been waiting and gladly agreed to be the general partner, demonstrating his public and professional approach to the treatment and prevention of disease. "


Of course, one can not ignore problems, which turned TV broadcasters and leading clinics in terms that in surgery today achieved outstanding successes: carry out complex operations that were unthinkable before that in its essence and efficiency. There are computerized robots to help surgeons get even better results: more accuracy, less complications. All this cannot fail to impress! This is certainly true, but there is no contradiction. Despite the great advances in medicine, is rapidly developing and statistics new and old diseases.
It is no secret that in therapy, especially in the treatment of chronic disease - the results leave much to be desired. Everything is aimed at relieving symptoms and not on the identification and subsequent removal of its causes.
This is due to the absence of an integrated approach in diagnosis and subsequent treatment. This situation is likely to benefit the two key "players" in the global medical market - pharmaceutical companies and insurance companies. First, it is important that the patient constantly (ideally) sitting on tablets : for the heart, the pressure, blood thinners for the liver to the intestine, etc. Second, since it minimizes costs for their patient. And "treated" and many patients from France, and from the U.S. and from the Emirates, and Russia, taking daily, 10 who, who is 14 tablets.
Alas, this is the modern model of the world of medicine for the treatment of chronic diseases.
TV project "Doctor" in conjunction with advanced medical scientists decided to break this trend and find a way for an integrated approach.

An integrated approach to diagnosis and treatment
An integrated approach to diagnosis and treatment , used in the TV show "Doctors", allows ultimately significantly improve the health and significantly reduce the pill burden .
Chief editor of the TV project "Doctors" Victoria Chindatskaya emphasizes: "Sometimes we are criticized for being in complex diagnostic procedures proposed partners of our programs include an excessive amount of laboratory and instrumental studies, including special tests. The fact is that if you want to identify the real causes of the disease, improve the accuracy and reliability of the diagnosis - need to pass a comprehensive diagnosis. Do not bother anyone that businesses undergo a thorough annual financial and management audit. It has become the norm. And here we are talking about a much more important - for the health of people who are usually not fully examined for many years. Why did the doctor should decide on the basis of 2-3 general studies without full information? Therefore, these studies and our medical Partner and our directors and operators spend a lot of time. Because it leads to the heart. And this is the purpose of the TV project "Doctors".

Galina Usenko adds: "Even if the established diagnosis, similar complaints of ill health in different people can have very different causes of the disease, its different stages and over, multiple co-morbidities and the mechanisms of their development. For example, only a few main reasons for such diseases as hypertension: an inflammation of the kidneys (renal vessels spasm increase the load on the myocardium), atherosclerosis, hyperthyroidism, liver failure (including responsible for blood rheology), chronic infectious processes for years occurring in a latent form, violation of the sympathetic- adrenal system and others. As you can see, the spectrum is broad and is needed here because the depth of research and systematic approach. For this clinic should pay particular attention to diagnosis and then develop a common strategy for medical treatment for a consultation. This is the approach we support the concept of the shooting of the TV project "Doctors".

"By choosing a TV project partners, we also treated with a high level of quality, - says Olga Azarova - Since health is a complex question, and partners we must be from different "spheres of health." First of all, it should be noted that the General Partner - Clinic "Into- Sana" that the example of his hero demonstrates activity program and the viewer a comprehensive approach to diagnosis and doctors develop treatment strategies and tactics. This is very important because it is here that the question systematically solve 100%. Among the specialized partners: Institute of aesthetic medicine and plastic surgery "Virtus", Institute of Eye Diseases and Tissue Therapy by Filatov Science Academy of Ukraine, a leading German brand of healthy eating «Termomix», sports centers, etc.

"We were selected partners, says Irina Marinova - based on two criteria: in 1st, the partner should be a market leader, an authoritative statement of the medical sphere, in 2nd, it must have at its base a scientific institution that researched event was approved and offers the latest technology in medicine."

WHEN TO LOOK?
The whole world can watch a program online by portals: www.mediaholding100.com or www.televidenie.tv
Every Saturday at 18.30 broadcast premiere of the new series of the TV project "DOCTORS"

WHO CAN BE A HERO TV project "DOCTORS"?
Every viewer has the opportunity to go casting for participation in the TV show and learn all about your state of health, in time to take steps to conserve it. Accepted participants in the program, regardless of country of residence.

Sign up for a TV project, please call (for reference): +38-093-303-00-70. Acquainted with the television archive on the official site ONT - www.onttv.com.ua page and the TV project "Doctors" in Facebook - www.facebook.com / DOCTORS.TV 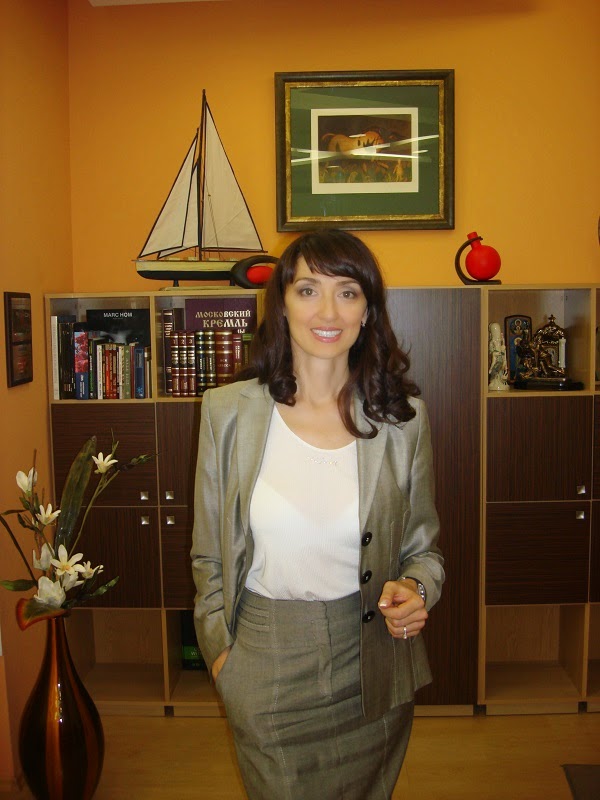 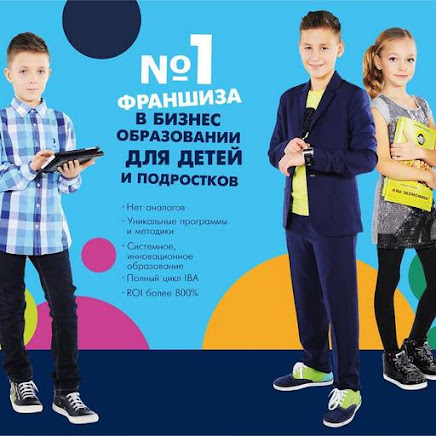